Earthquake Rehabilitation and Reconstruction (Phase I)

On January 26, 2001 when a devasting earthquake rocked Gujarat especially Kachchh; national and international agencies, individuals and institutions rallied around to help. Among them was TALEEM Research Foundation.

The disaster mitigation squad of the government allotted Village Samakhiali, Zilla Bachau, Kachchh for carrying out relief and rehabilitation to Zee who appointed TALEEM Research Foundation, Ahmedabad to plan, coordinate and execute the activities.

The first step taken was to set up communication links by providing satellite phones at Samakhiali. Simultaneously, TALEEM set up a weeklong round-the-clock telephone helpline at Zee News Office in Ahmedabad where callers could broadcast their messages on Zee News. TALEEM staff volunteers operated the phone lines.

A zee telefilms Relief Fund was set up, with zealous contributions from thousands of Zee viewers from across the world. Providing tents for temporary shelter and drinking water storage tanks for the villagers at Samakhiali followed this. The next step was to help clear the debris by engaging the services of tractors and bulldozers. Finally, after extensive consultations with a cross section of the community and its leaders, it was decided that public utility buildings that the village lacked but badly needed, would be the best way to utilize the funds. Accordingly, a Girl’s School, a Children’s Playschool, a Veterinary Hospital and a Multipurpose Community Centre were built at a total cost of 1.5 crores of rupees. 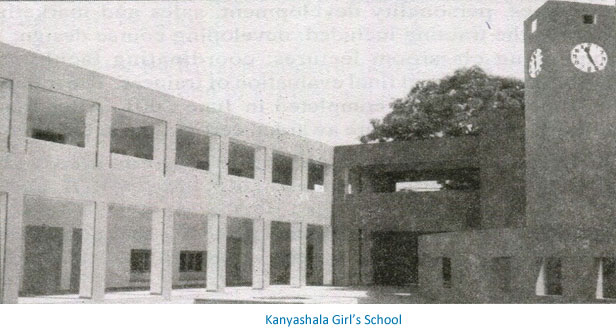 On October 14, at a traditional ceremony organized by the village folk, the Chief Minister handed over the buildings to the people of Samakhiali. 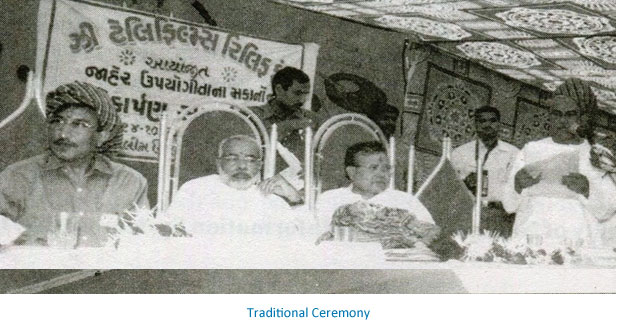 Further, responding to the needs expressed by the community, Zee Telefilms Ltd. Chairman, Shri Subhash Chandra and his brother Shri Laxmi Narain Goel, Chairman, E-City Private Ltd. anounced a second phase of construction of public utilities including a massive overhead water tank with a capacity of 100,000 litres and a Panchayat Ghar and few other buildings. TALEEM continues to manage and execute the entire project.

As reported earlier, in Phase-I programme TALEEM Research Foundation, in association with Zee Telefilms Relief Fund constructed and handed-over the possession of the following buildings to the people of Samakhiali village in the year 2002:

After the handing over of the above buildings, villagers approached us with a request to construct various infrastructures in the village. After carefully going through their demand and looking at the funds available, the following infrastructures were created. During that period the District Development Officer, Kutch-Bhuj made a request to assist them in reconstruction/rehabilitation of their office building, which was collapsed during earthquake of January 2001. They set up a Digital Record Room comprising of about 20 computers, 10 scanners, 2 servers, 2 UPS and 3 laser jet printers. About 40 data entry persons were appointed to create the digital land record. Their request was to contribute in digitization of their records by way of supplying computer hardware and or by way of payment for the manpower hired for this purpose. Zee Telefilms Relief Fund considered the request and suggested TALEEM Research Foundation to pay an amount of Rs. 4 lakhs to meet the requirement.