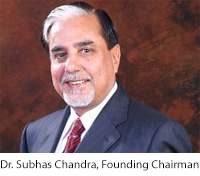 It was in 1995 that TALEEM was conceived by Dr. Subhash Chandra, a visionary who has brought India on the world media scene. One of the goals was to start a world class private university. The same came into existence in 2005 known as Himgiri Nabh Vishwavidyalaya (University in the Sky) located at Dehradun. It took almost a decade of perseverance and pragmatic decisions that led to enactment of the University Bill in July 2003. The University was later renamed as Himgiri Zee University. Now the campus construction is expanding as the bunch of new courses are added. In this way one of the important missions has been achieved. 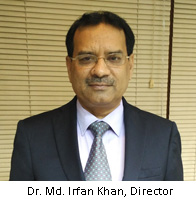 Some of the national level policy relevant research studies undertaken by the Foundation include RCH, DLHS, NFHS and GATS-India sponsored by Union Ministry of Health and Family Welfare. On behalf of Office of Registrar General of India (ORGI), Union Ministry of Home Affairs, the Foundation has recently completed three phases of Third Party Audit (TPA) of Annual Health Survey (AHS) in the states of Madhya Pradesh, Uttar Pradesh, Rajasthan and Uttarakhand that covered nearly 700 thousand households in each of last two phases.

To accomplish our mission, we are constantly on the lookout for creative minds; fresh talent and new perspectives and so invite you to share your views, comments and suggestions on our plans and programmes.